Need loudness correction on your master? We can efficiently analyze and render your pre master or mix to comply with any of the global loudness standards.Our mastering meets the highest ITU standards, for global broadcast specifications! 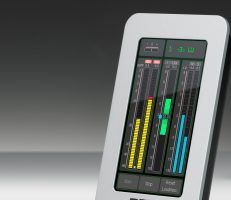 
Short explenation of the Loudness overview.
Loudness, K-weighted, relative to Full Scale (or LKFS) is a loudness standard designed to enable normalization of audio levels for delivery of broadcast TV and other video.
Loudness units relative to Full Scale (or LUFS) is a synonym for LKFS that was introduced in EBU R128.
Loudness Units (or LU) is an additional unit used in EBU R128. It describes Lk without direct absolute reference and therefore describes loudness level differences.

The EBU has suggested that the ITU’s changing the unit to LUFS as LKFS does not comply with scientific naming conventions and is not in line with the standard set out in ISO 80000-8. Furthermore, they suggest the symbol for ‘Loudness level, k-weighted’ should be Lk, which would make Lk and LUFS are equivalent when LUFS indicates the value of Lk with reference to digital full scale.